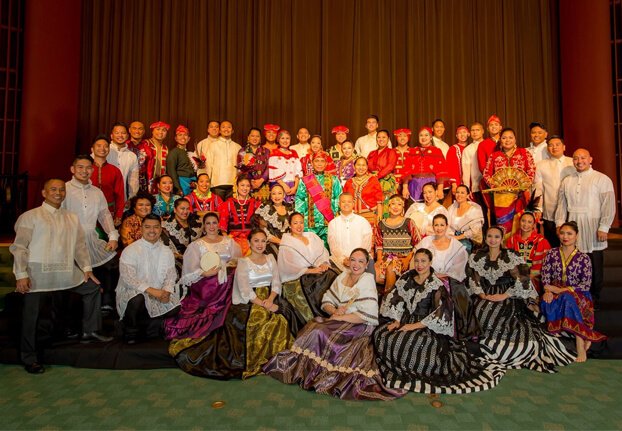 Since 2005, Eric Solano has traveled from the Bay Area to the Philippines each year to learn from indigenous culture bearers across the North, Central, and South regions. Practices that pre-date Spain’s colonization of the Philippines centuries ago, such as weaving richly colorful attire and performing spiritual rituals and traditional folk dances, reveal a sacred way of life that has been preserved over hundreds of years.

Eric, the founder of Parangal Dance Company, serves as a bridge between this culture and citizens of America. He founded Parangal (which translates to “tribute” in Filipino) to create awareness of the indigenous people of the Philippines through inspired indigenous dance that highlights the integrity of their cultural masters’ teachings.

“What is important about inspired indigenous dance to me is letting the community know that the indigenous people are still there, and they’ve managed to survive and thrive throughout all these ages, even with the evolution of modern technology. They’re still there and they’re still preserving their traditions,” Eric highlighted.

And of course, the subtleties are important. For example, using the term “attire” to describe the traditional clothing Eric buys directly from the Philippine community for Parangal instead of “costumes” gives respect to the hands that create these clothes. Sharing the names of the many individual indigenous communities, such as Manobo and Tboli, instead of labeling them together under the umbrella term “Lumad” pays homage to the distinctiveness of each group.

These nuances, when woven through Parangal’s various forms of programming, work together to create a sense of integrity and storytelling. And while the COVID-19 pandemic has stopped the group from performing in-person or taking another cultural immersion trip back to the Philippines, their programming has evolved to accommodate that. Eric teaches Pangalay in The Rooted School (check out the online offering here as introduction to Philippine culture), and has been using live video streaming to host conversations between the indigenous community and Parangal and to aid cross-continent participation in sacred rituals.

A live stream event was held this month featuring a performance by the Subanen people in Zamboanga, Mindanao, through which attendees observed a ritual performed by the group’s Balian (or Philippine shaman), as well as a musical and dance arrangement. The viewers, tuning in from thousands of miles away in America, learned the details behind the Subanen group’s headdress, the meaning behind the exquisite floral and eagle embroidery on their attire, and also witnessed two unique dances — one of them, a war dance.

As the pandemic eases and cross-continental travel becomes a more viable option, Eric hopes that Parangal will be able to focus on documentation of these rituals and cultural acts while on their cultural immersion trips. He also intends to bring cultural masters from the Philippines to the Bay Area to take part in a local performance, hopefully in October 2022. Until then, their goal is to continue to research, choreograph, and engage in conversations with the community — despite the distance.