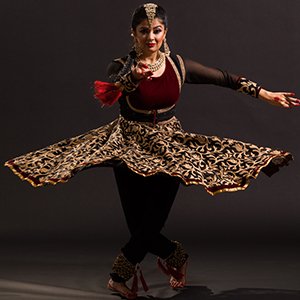 Antara Bhardwaj is one of the most dynamic Kathak artists of this generation. She studied in the traditional Guru-disciple tradition from her childhood, under legendary Kathak maestro Pandit Chitresh Das. She went on to become a Kathak soloist, and now runs her own dance school and company, Antara Asthaayi Dance.

Antara has also had a prolific career as a filmmaker, working as an assistant director to acclaimed filmmaker, Jagmohan Mundhra ( Provoked, Shoot on Sight ) and most recently as a producer of Upaj: Improvise, where she brought her worlds of dance and film together. The film was broadcast nationally on PBS and screened in several festivals throughout the world and is now streaming on Amazon.