The Place for Celebrating Our Communities 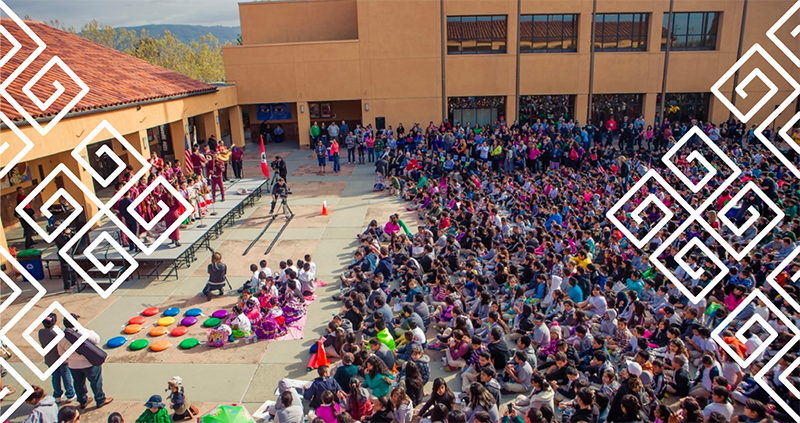 To the rest of the world, Silicon Valley is touted as the place where innovative ideas are made real. Workers from all around the world come here to take part in future-building. When you see past the patina of high-tech green buildings, or exit off 280 crowded with Teslas, when you talk to people beyond which spreadsheet app has a better UI, you will find the cultural richness of the valley. The invisible suddenly becomes visible. A barista at the coffee shop on your block may have been that folklorico dancer at the street festival you recently attended. A co-worker on this morning’s Zoom call may also be working overtime on an arts exhibit with local talent. The managing director of your department may also be a major funder of an independent movie filmed downtown, which is now on circuit at international film festivals.

At the center of Silicon Valley is San José, and at its heart is the people who live here, who give it life. San José has been described as a “bedroom community” to other neighboring towns that seat companies like Facebook, Apple, Netflix, Google. The sprawling city may house a great number of the workers who fuel those companies, but to those who know, it is actually a vibrant city that is rooted in community. There is no better place to learn more about San José than the Mexican Heritage Plaza, operated by the School of Arts and Culture at MHP, the location of the first Mosaic Festival.

A Place of Gathering

Located in the Mayfair neighborhood of East San José, the Mexican Heritage Plaza presides over the corner of Alum Rock and King Road. Inside the perimeter is a large spacious plaza, a garden with restful places to sit, and classrooms that double as art galleries or dance studios. Decades ago, Mexican American community leaders planned to create a garden on this site. Eventually, the founders transformed the idea to build an institution that would serve future generations, with an auditorium and a plaza. After twelve years of funding, planning, building, and yearning from the community, the Mexican Heritage Plaza opened on 9/9/99, September 9, 1999. For many years, it was the location for Mexican cultural events, like the Annual Mariachi Festival.

In the video, “School of Arts Celebrates 20 years of the Mexican Heritage Plaza,” Founder Margarita Gaeta, says, “The opening of the Mexican Heritage Plaza here on the corner of Alum Rock and King was one of the most amazing festivals I’ve been to. I felt like I was in Mexico. And we had hundreds and hundreds and hundreds of people here with families. There was one folklorico dancer that was here with her little baby, not even a year old. And of course that child now is an adult. It was just great to see these people grow and be part of the plaza throughout the years.”

In 2011, the School of Arts and Culture at MHP took on operations of the plaza. The city council approved the planning commission’s proposed plan to give the local community greater access to the site and provide it as a hub for creativity and inclusion.

During a normal given year, a number of arts and music classes, workshops, and events take place, filling the Plaza with activity. The majority of these events are open to the public.

Priya Das and Usha Srinivasan are co-founders of Mosaic America and the Mosaic Festival. When asked what is the significance of the festival’s location, Priya says, “The School of Arts & Culture is a BEAUTIFUL space and well-appointed in terms of facilities and staff. Sangam Arts’ (the organization that Mosaic evolved from) first few events were held there.”

A Place of Healing

Priya goes on to say about the Plaza, “You can feel a multi-generational community vibe there, combined with a sense of history.” Indeed, this location was originally the site of the Safeway where César Chávez organized demonstrations and saw the beginning of the historic grocery store boycotts. These marches led to the modern day labor movement. A large image of César Chávez graces the Plaza as a reminder to all who visit.

It is worth noting that this venue is located on Thámien Ohlone Tribal ethnohistoric territory, which is based upon the 18 unratified federal treaties of 1851-1852, and includes the unceded ancestral lands of the Muwekma Ohlone Tribe of the San Francisco Bay Area. Every year on the Thanksgiving holiday, Aztec dance groups hold a sunrise ceremony at the Plaza to honor Indigenous people in the Americas. Over the past year, the Plaza also served as a walk-up clinic for Covid-19 vaccinations, intended to aid families that were hit hard by the pandemic.

Prior to 2020, The School of Arts & Culture at MHP hosted other major cultural events and festivals every year since it opened, including the precursor to the Mosaic Festival, FolkSi in 2018. FolkSi showcased a multitude of different cultures and more than 60 artists. Catch a glimpse of FolkSi here: https://youtu.be/BBDhyXY2qVw

A Place of Inclusion

After months of planning, Mosaic America is finally able to host its first Mosaic Festival at the Mexican Heritage Plaza on Saturday, October 2. The past year was isolating for many, but with an abundance of Covid precautions, Mosaic America hopes to build upon its cultural connections and celebrate the communities that make up the Bay Area. Like FolkSi before it but on a grander scale, this festival will feature a number of cultural communities through performances and workshops in art and music. Festival goers will also have a chance to experience a variety of food trucks and vendors.

Jessica Paz-Cedillos, the Executive Director for the School of Arts and Culture at the MHP said about the festival, “Our team believes that celebrating the diverse cultures in San Jose is central to establishing community connections and solidarity and we couldn’t be more excited to support the Mosaic Festival and its commitment to diversity and inclusion.”

Since its inception, the Mexican Heritage Plaza has featured the culture, music, art, and language of its surrounding community. It is also a place of healing and political activism. The beauty of the location is evident, but it is the people who built the Plaza from the ground up who must be honored, as these gatherings would not exist without them. After more than a year of the Covid pandemic, festival-goers will finally have a chance to experience this kind of community building at the Mosaic Festival on Saturday, October 2.